Lesson 7: The Good, The Bad, And The Filthy

Previous Next
Lesson 7: The Good, The Bad, And The Filthy

If you haven’t noticed by this time I LOVE stock and I love using plug-ins during my digital art projects. But I don’t love visiting certain stock supplier websites. In-fact, I nearly loath it and have found ways to quickly get in, find what I want and get out. And many times I clear my computer cache after I visit a stock website. I have never allowed my kids to search through stock sites on their own because I know how trashy some of the photos can be.

Some stock sites have put together terrible marketing teams that seem to think that everyone wants to see and to buy lewd photos. They’re mistaken to accept the cliché that “lewd sells” (I’m rephrasing that for the sake of more modest and young readers out there). It’s confidence that sells, not lewd behavior and photo shots. Yet they load their filthy advertisements in the Google ads.  I have seen websites as clean and family oriented as BibleGateway.com can photos of nearly nude models on display in their Google Ads side bar because they originated from a stock site such as depositphoto.com. It disgusts me and yes this has happened.

I made a rather strong complaint to BibleGateway.com one time for using Google Ads in the first place because the photo ad I saw on their site shortly after visiting depositphoto.com for a clients project was so bad it could have been labeled pornographic in nature, no joke. I can only hope that BibleGateway.com was completely unaware of the filthy Google Ad images their sidebar was displaying. This was the second time I complained to them about the inappropriate ads on their sidebar sad to say.

Apparently some companies sign an agreement to have Google Ads on their site for a certain amount of time, so even if they wanted to take the Google Ads down from their site they can’t, legally speaking until their contract is fulfilled. I have not researched this to know if it’s true or not or how the program works but what I do know is that I’ve had ongoing trouble after visiting stock sites so clearing my cache after a quick visit always helps!

If you’re a website owner that has Google Ads please be aware that your visitors see different ads than you do, so unless you go through rigorous steps to take out specific kinds of advertisements you may be causing yourself and your visitors more trouble than it’s worth.

This is a very quick but important activity to show you how to clear your browser cache. 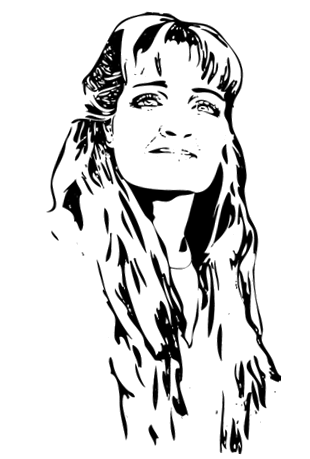 Please email me if you have any questions or if you enjoy my class. It helps me produce more classes like this and even perfect them as I chug along putting them together for you.

Stay tuned for more future courses on marketing, SEO and web design, helpful for aspiring entrepreneurs and those learning to be professional digital artists or graphic designers.

Please Note:  Some of the helpful reference links provided throughout our courses may use affiliate links. Using our links to purchase any of the resources is appreciated and helps us produce more online courses. Interested in learning how you can earn a side income through affiliate links? Courses are coming soon! Subscribe to our newsletter so you can be notified when they are released!